When I was learning chess, I was focussing on ways to beat any opponent. However, when things weren’t going in my way in a game of chess, I was completely frustrated because I didn’t have a backup plan. When you are losing a game, a draw is often something that may easily happen. Draw in chess is often the best way to save a bad game that you have played. A draw occurs mostly when it appears that neither side will win and tie seems inevitable. According to the official FIDE chess draw rules, there are actually six ways a game of chess can end in a draw. Also, there are some additional chess draw rules in timed games that I will mention later. The symbol of the draw in chess writing is 1/2-1/2.

When a player cannot make any legal move and he is currently not in check then, the game ends in a draw. This situation is called stalemate in chess. Notice in the example below, that the King at a1 and the pawn at h4 cannot make a legal move.

Black had a clear advantage but he made a major error by playing 1…Nc3 and White managed to obtain a draw. So, you have to end a match you are winning. Black could have played smartly and won the game.

2. Draw to due to Lack of Mating Material

When neither player has enough pieces on the board to checkmate the enemy king then, the game ends in a draw. There are numerous occasions that a player cannot win the game.

Always keep in mind that pawns can be promoted to Queen when they reach the eighth rank. So, some games that seem that will end in a draw, promotion often makes victory possible for one of the players. On the example below one white pawn will survive and it will be promoted to Queen. The game is not over.

King vs King and two Knights can lead to checkmate but a good defensive strategy can lead to a draw by agreement.

When both players do not have a clear advantage and the chances of victory are extremely few to either side then, one of the players might offer a draw. If the other player accepts it then, the game ends this way. This kind of draw is common in World Championship games where players make fewer mistakes.

4. Draw due to repetition

When a position is repeated three times then, any player may request for a draw. This a very rare type of draw and you can understand it better through an example. 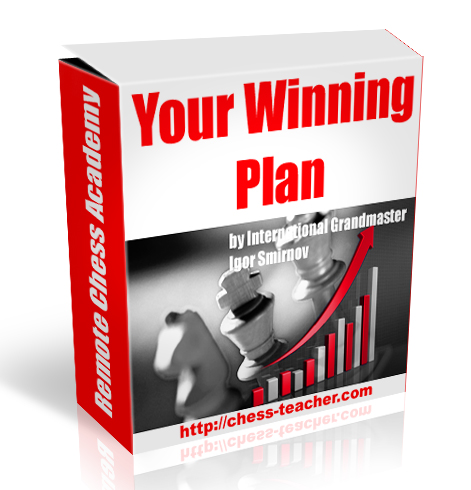 5. Draw due to Continuous Checking

When a player is in a very difficult situation, he might seek salvation by continuously checking the enemy King while his opponent cannot do anything to stop that. You will understand this through an example.

If both sides have made 50 consecutive moves without making a capture or a pawn move then, a player may claim a draw. This is a scenario that is very difficult to happen.

What About Timed Games

How to Use the Draw in Chess to your Advantage

The draw is an important feature of the game that may help you avoid defeat. So, you have to fight for a draw when a game seems to be lost. You have to consider a draw as a desirable outcome when:

Those situations that I have mentioned are definitely not ideal. However, you have to try your best until the end and sometimes you will be saved by a draw. I have a strong belief that a player who doesn’t have a plan and he continuously blocking his opponent’s attacks is doomed to lose the game. Therefore, in any scenario, you have to know what is your realistic outcome. There are certain ways that you can use in order to get a draw.

I hope that this article was helpful to you. If you liked the article, please share it with your friends and comment on what you liked. Enjoy chess.