For many reasons, chess is a very particular game, entertaining millions of fans. In my opinion, it is an excellent way to spend your time, given that it teaches you lessons for your everyday life, in addition to the joy it offers during the game. One who plays regularly for many years has noticed for sure those benefits of playing chess to affect important parameters of his everyday life. I had the privilege to join the game at an early age and I feel blessed and thankful to have been raised in an environment favorable to start very young. For this reason, I decided to write an article, dedicated to all those people, who think to start playing chess and urge them to report all the consequent benefits in their life.

Chess and the brain

Chess is well known for its benefits in brain functions. Sincerely, I cannot think of any other game to have such a diversity of ways to trigger the brain to operate at a higher level. Let’s check how chess helps in that.

The ultimate workout for the entire brain

Playing chess is, maybe, the ultimate workout for the entire brain. The brain is growing, as new dendrites, as connecting cables, transfer electrochemical stimulation to other neural cells and hence increase the brain’s performance. However, what makes chess dominating over every other game is that affects both the brain’s hemispheres. The right hemisphere is related to functions that have to do with logic and calculations, while the left hemisphere is related to creativity. Therefore it does not surprise us at all, that the researchers have arrived at the conclusion that chess promotes logic and creativity, since in any move the objective of a player is, using his logic, to improvise something that will put the opponent into a difficult position.

Studies have shown a positive correlation between high IQ and chess playing. There is a positive correlation also between chess and intelligence, due to the fact that chess players are individuals with medium or advanced IQ. Moreover, in research carried out in a sample of 4000 pupils in Venezuela, it was a noticeable IQ increase in pupils attending chess classes in a four months period. Similarly, in another research, pupils attending chess classes had clearly better marks compared to pupils that did not play chess. I started playing chess at the age of eight and I graduated second, with respect to good marks, from high-school and became an engineer. Hence, it looks like chess helps people to increase their IQ.

Having good memory is a skill needed a lot when playing chess. The procedure when playing chess creates an environment that demands good memory and achieves in the end to improve it. The best players in the world have played so many games, that in most situations the case they come against is familiar to them from their experience and, consciously or not, are assisted to win their present game. All players memorize moves, especially during the opening, and they have to remember their mistakes and adopt new techniques and tactics. Hence, a player with limited memory will be assisted by chess-playing to improve his memory, as it has been verified through a lot of research work. 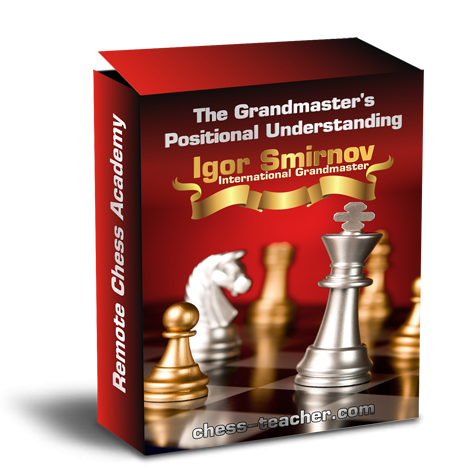 The ability to analyze a problem and derive the optimum solution is very important and affects a lot of everyday life. It is sometimes more difficult for people, that do not play chess, to analyze a problem. That’s because they are drifted from the uncertainty of a particular option, hence they hesitate to decide or even they are unable to decide at all. The contrary is true for chess players, who analyze every situation they come against, then identify all the possible options and decide on a risk. This procedure happens every time they have to make a move and it becomes a habit. So, this attitude modifies as well as their behavior away from the chessboard. I believe that this game offers a structured way of thinking and players identify the most important information among a huge number of information items. Hence chess players can quickly arrive at effective tactics to solve a problem.

Chess and the brain’s health

It looks that chess keeps the brain healthy in several ways. Research has shown that playing chess protects the brain from Alzheimer’s disease, which makes sense given that chess improves memory. Moreover, people with disabilities (either since birth or after a stroke) are benefited from chess playing. That’s because the procedure of moving the pieces is beneficial to dysfunctional areas of the brain. Hence, beyond the fact to be a measure of protection, chess cures the brain as well.

All spectators in a chess tournament realize that players are in stress condition. Stress reduces the performance of a chess player and prevents him from focusing and play well. For that reason chess players are good at stress management, otherwise, they could not have a chance to win a tournament. This skill is very precious, for stress is common in our days and chess teaches us stress management.

If you play chess on a regular basis then, you will know for sure that this game teaches persistence and faith. The winner in a game of chess is the player who will exploit the first serious mistake that his opponent usually makes in the fifteenth to twentieth move. A player has to believe that he can play optimally and be persistent that his opponent will make the first mistake. Even if a player who is losing the game has to be faithful that he can at least get a draw by fighting until the end. These characteristics are common among chess players which help them in other areas of their lives.

One of the best lessons chess teaches is definitely patience. Very often a tactic cannot be executed by making a single move and many turns are required. In order to win, a player should play optimally and wait for a major error by his opponent as I explained in the previous paragraph. After a few games of chess, all players learn the virtue of patience and they obtain a belief that good effort is eventually rewarded.

Confidence is an important skill that can be enhanced with chess. When I started playing chess, I found it difficult to master because it is a very complex game. However, over the years I made amazing progress which gave me a sense that I can succeed on whatever I want as long as I put some effort. This belief has helped me in all areas of my life and many of my friends who play chess have admitted that chess gave them self-confidence.

You Meet People from all walks of life

Whether you hang out at your local chess club or you test your skills in tournaments it’s certain that you will meet new people. It’s incredible that you can meet people with completely different personalities, professions, and ages. In a way, you become open-minded because you learn new things all the time from people that are different than you. Therefore, you become more socially intelligent by talking to that much people.

It seems a little crazy but, I believe that chess can create great friendships. I am sure that your best friends are people that you share the same ambitions, interests and you have a lot of fun together. Many people that you meet in chess clubs or competitions have the same interest in chess and you enjoy playing together this game. So, it’s obvious that there is the right environment for creating new buddies.

How the Benefits of Playing Chess Affect Kids

The benefits of playing chess are extremely intense for kids. Kids’ brain is continuously evolving and they are able to learn at an extremely fast pace. So, the game’s positive effects on IQ, brain growth, concentration, reading and listening skills are far greater on a kid in comparison with an adult. Playing chess at an early age is an investment for adult life. Also, children have not fully shaped their personalities and it is much easier to create new habits. Persistence, faith, patience, foresight, analyzing and decision-making skills can easily become a habit at an early age. All winners in life have those characteristics that I have mentioned. So, if you are a parent then you should take all these into account.

I have written in another article that my son didn’t want to learn but I found a crazy and creative way to make him play chess without putting any pressure on him. I would like to share with you another story that I find equally instructive. A friend that I have, was teaching to eleven-year-old students chess. Those students were extremely naughty for their age and had terrible grades. The other teachers were certain that my friend wouldn’t last a week.  He spoke to them with respect but he was strict when needed. He made the game fun to them and urged them to use their brain. The result after two months was amazing. Not only they stopped being rude but their grades went up because they started to use their brain. Their parents couldn’t believe their eyes because some of the students were studying at home. All thanks to my friend’s social intelligence and the game of chess.

How the Benefits of Playing Chess Affect the Seniors

The brain of an old man is way different from a child’s brain. From the age of 22, the human brain is continuously losing its power. That’s the explanation of why the elderly sometimes suffer from health problems like Alzheimer’s disease. As I have mentioned earlier, chess is the ultimate workout for the brain. I have friends that are teaching seniors chess because they want to protect their mental skills. I have met an old man that after his wife’s death he had no purpose in life. So, he decided to learn chess at the age of 76. After two years, he is the most active member of his local chess club and he participates in tournaments. He has found a new purpose and he is very passionate about chess. So, it is obvious that playing chess is a great activity for retired people.

I hope I have convinced you about the great benefits of playing chess. I have written many articles on this site about chess sets and chess strategies. Please comment and share the article if you have found the content valuable. Enjoy playing chess.