The number of possible moves in chess is overwhelming and players have a variety of openings and strategies to choose from because of this fact. However, there are few chess strategies that are so effective and full of paradoxes as the Fried Liver Attack. Some players love this attack and I decided to dedicate an entire article on it.

What Is The Fried Liver Attack?

The Fried Liver Attack in chess is a very weird one in which White sacrifices his Knight in order to get a big advantage. Another name for this strategy is Fegatello Attack. So, don’t get confused, it is the same attack. is It’s based in Two Knights’ Defense that is completed by making the following moves.

Fried Liver Attack is based on an Italian game of chess. After White’s third move, Black has numerous ways to respond. A very common scenario is 3… g6 and he will later use a fianchetto. However, that is not the best because White can develop in a better way. Another variation is 3…Bc5 that is considered a good move. Black will try to create a threat on the pawn in f2. White plays 4.b4 which is the Evans Gambit. This way, Black will be forced to move the Bishop many times in his effort to control the center and he will lose time.

Therefore, a common move for Black is 3…Nf6. So, White decides to plan his attack by making the following move, 4.Ng5. The concept behind it is not difficult to comprehend. White is trying to capture the vulnerable f7 square which is protected only by the King. He can attack that square with his Bishop and his Knight. From that square, he can attack both the Rook and the Queen.

Now, Black must avoid this scenario and choose his move carefully. One option is to move his Queen, 4…Qd5. However, this move only delays the attack. Eventually, White will sacrifice his Knight by playing 6.Nxf7. Black is obligated to capture that Knight because it creates a threat to his Queen and his Rook. With that exchange, White gets an advantage and he can easily get Black in a more difficult situation.

The game continues to in an aggressive way thanks to White’s Queen and Bishop at c4 which is a very important square for his attack. Also, he can develop his second Knight and with the right moves, he can easily win the game.

The most common variation of Fried Liver Attack is available in the example below. It’s a good manual for any of you who would like to use it against an opponent because the notes help you understand what is happening.

A Different Variation of Fegatello Attack

This attack may change in many stages. The seventh move is the most prevalent one for Black. At this point, Black must move his king somewhere where the white Queen doesn’t create threats. But if the King doesn’t support the central Knight, then the later piece is vulnerable and White can easily capture it.

An alternative move for Black is to place the King in his starting position. The King is protected but there is no support to the Knight. So, there is no support in the center of the board and with some attacks, Black’s defense will collapse. Let’s see the example and some possible variations.

The Paradox of Fried Liver Attack

If you compare it with other strategies you will notice that Fried Liver Attack is not a common one. The objective is to continuously attack the opponent sacrificing some of your pieces along the way in order to get an easy and quick victory. A critical move for the success of this attack is Black’s eighth one. If Black plays 8 … Nb4 then the game is changing a lot. At this point, Black threatens c2 square which is completely unprotected. If White allows the Knight to attack there, then with a check he can create a threat to the Rook in a1.

Here is the paradox of it. He lets Black to capture his Rook in order to trap the Knight in a1. This is a brilliant plan because the Knight from a1 cannot attack and White’s pawns and Bishop will trap it there. With this technique, White sacrifices his inactive tower, while at the same time he is repeatedly attacking the center of the board where the King is located. After a few moves, Black will be in a difficult position and he will probably lose the game as shown in the next example.

The Vulnerability of This Attack.

If Black has studied this attack, he can easily stop it. A great move from Black is 5…Na5 because he doesn’t capture White’s pawn but he lets it there in order to block the white Bishop. At the same time, Black is creating a counterattack that targets that Bishop. White’s Bishop is the key piece for the Fried Liver Attack because it is the piece that is creating problems to your opponent. Let’s see the following example in which Black is defending effectively. 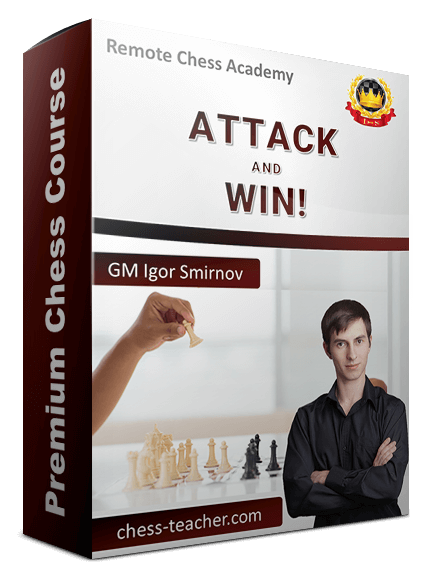 Advantages And Disadvantages Of This Attack

Let’s see the advantages of the Fried Liver Attack.

However, before you implement this attack you should be aware of its disadvantages.

Let’s watch a game that took place in 1876. White effectively used the Fried Liver Attack and he managed to win with only 20 moves. This game demonstrates how an error can create such problems that a player can difficultly solve. Also, you will notice that after the tenth White is attacking with both of his Rooks which is extremely rare. This tactic magnified Black’s problems.

If you like this kind of strategies, I can give you some recommendations about books that you could read. In those books, you will find similar attacks and strategies that confuse your opponent and they can take your skills in chess to another level. So, if what you want to have a large number of ways that create problems to your opponent then, check my recommendations below.

If you don’t like reading, there are video courses that will give you condensed knowledge without tiring you with unnecessary information. If you are struggling to win in chess, it’s a great way to rapidly improve your skills and learn your mistakes from the courses’ exercises. You can check out the following courses.

There are many variations in this attack but I believe that I have mentioned the most important ones. If you want to become good at this attack then, you will have to read the examples above a few times. So, despite which move Black makes you will know what the best move in your variation is.

Some of you might don’t want to use the Fried Liver Attack because it is too aggressive. However, a player should know how to defend properly. Therefore, I encourage you to take a second look at it in case some players will use it against you. Don’t hesitate to take a look in some other articles on this website about beginner chess tactics, openings like the Queen’s Gambit and Ruy Lopez. I would like to read your thoughts about this article in the comments. If you found the information in this article valuable then, please share it with friends. Enjoy chess.