When it comes to chess, Vassily Ivanchuk is certainly a remarkable figure. To me, he is a true fighter and he has not less quality than a World Champion since many times he was classified among the top candidates. In this article, you will find some of the most astonishing games that he ever played as well as some interesting facts about his career.

Vassily Ivanchuk is one of the top Grand Masters and the 50 years old Ukrainian, participates today in all top tournaments. Some highlights of his career are the following:

You can easily notice by analyzing the games of Vassily Ivanchuk that he always prepares a lot on his openings, before a game. He likes quality and complexity and never analyzes his game in the end. He is a very sensitive person, hence being beaten seems to be a very depressing situation for him. He usually studies a lot, approximately 10 hours per day. However, two or three days per week he doesn’t study at all and he focuses on those days on relaxing, taking walks, reading literature and improving his vocabulary in English.

Seeing him in action

I had the privilege to meet Vassily Ivanchuk and watch him play about a year ago against a powerful Russian Grand Master. Before his last move against his opponent, he took about thirty minutes to make it. In those thirty minutes, he was involved in extremely deep thinking while his head was very close to the chessboard. Eventually, he placed his Rook in the seventh rank that gave him a great advantage. After this move, his opponent bowed to him and surrendered. The players shook hands and after a lot of time, Ivanchuk took a sip of his espresso. Watching the games of Vassily Ivanchuk is a very interesting experience.

After some hours of research, I have selected some games of Vassily Ivanchuk that I am sure that you will find instructive and unique. In some games of my list, he lost but I think you can understand many aspects of a player if you notice the way he wins and loses. Certainly, a G.M. has to play outstandingly to beat him. In order to help you understand the essence of each move, I have written some comments that will help you get valuable lessons. 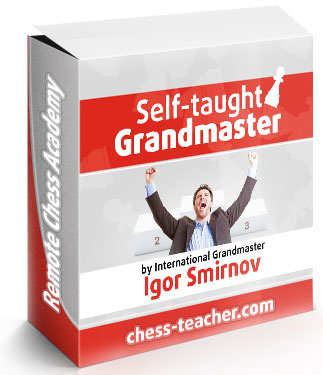 It’s a good idea to study the games of Ivanchuk because he is a great player. Books offer a great amount of knowledge and any chess player should use them a lot. After some research, I have selected some great books and courses that include comments on Ivanchuk’s games.

I hope that you liked this article and it has helped you a lot. Please feel free to check out our articles about great players like Kasparov, Aronian and Judit Polgar, and cool chess sets. Also, if you think that someone may benefit from this article, please share this article with them. Enjoy chess.